Have a look at  the power point presentation for this unit:

When you talk about congruent triangles, you are saying that the corresponding sides’ measures are equal but we’re not making that claim when we say that two triangles are similar!

So how can we tell if two triangles are similar?

It’s pretty simple; if all their pairs of corresponding angles are equal in measure, then the two triangles are similar.

Take the diagram below as an example:

You can practice Similarities by clicking here.

Interactive excercises to practice with similarity.

You can review the unit with some  similarity problems . 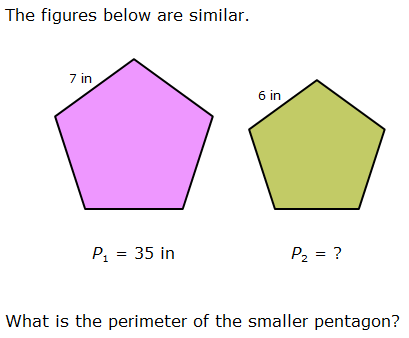 You have to take into account that P1/P2 = k

30 is the perimeter for the smaller pentagon.